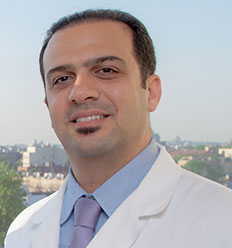 Pierre Hindy MD, fluent in French and Arabic, is an Attending Physician at Beth Israel Mount Sinai, New York Community Hospital and New York Methodist. He completed his fellowship and residency at the State University of New York where he was elected as Chief resident and chief fellow. His comprehensive training allowed him to develop excellent skills in basic endoscopic procedures needed for the diagnosis and management of colorectal cancer screening, peptic ulcer disease and inflammatory Bowel disease.

Dr. Hindy also has expertise in the management of liver, pancreatic and biliary disease with a special interest in reflux disease and motility disorders. Dr. Hindy is a published researcher and authored over 30 abstracts, papers and chapters and his research has received the American College of Gastroenterology Presidential Award. He is also the recipient of many national awards such as the prestigious “Gold Foundation Humanism and Excellence in Teaching” award.

Dr. Pierre Hindy is active in the education of Gastroenterology Fellows at Downstate Medical Center where he also served as an Assistant Professor of Medicine. Dr. Hindy is also a Diplomate of the American Board of Internal Medicine and Gastroenterology. 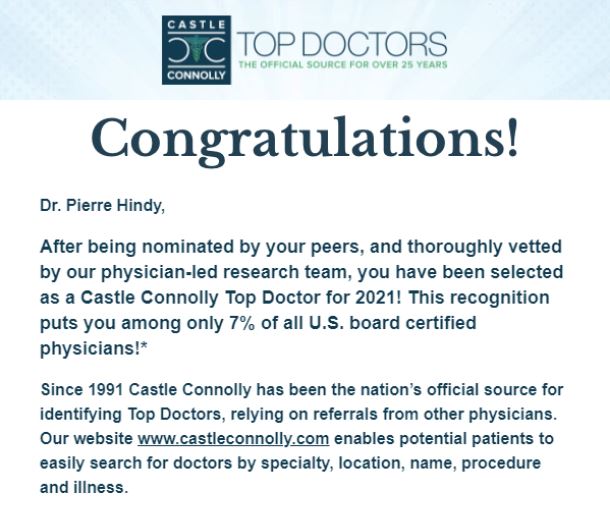 Dr. Hindy treats a wide variety of conditions including:

Dr. Hindy offers a number of treatments and procedures such as: